The story was initiated by Sarah Hanffou’s participation to the 2005 Francophonie Games in Niger as a member of the French table tennis team. During this competition, Sarah had the opportunity to visit a club in Niamey Capital City thanks to the “World Athletics” association of a French perchman, Jean Galfione. 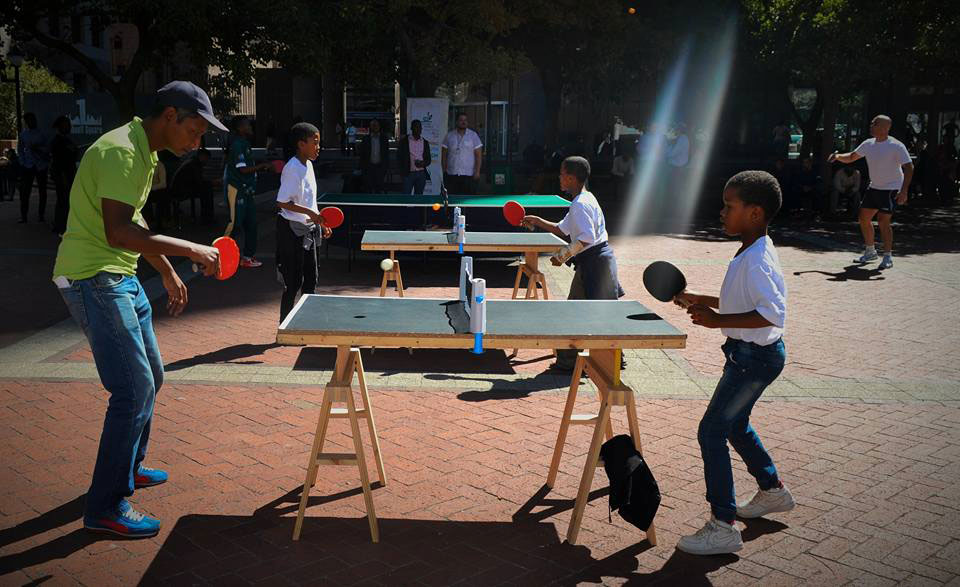 A table outside, a broken net, a single ball, some kids playing next to the road and passing by cars… Sarah gets aware of the poor conditions in which table tennis can be practiced despite the true passion for this sport in Africa.

Believing in the socializing and educational role of table tennis and following different contacts with local players, Sarah Hanffou was eager to develop and allow people to know about table tennis throughout the African continent. In October 2006,  PSF association was born.

Since then, the association has never stopped acting and expanding.

Numerous missions have been carried out in different countries such as Cameroon, Congo Democratic Republic, Togo, Mongolia, Haïti and overseas. 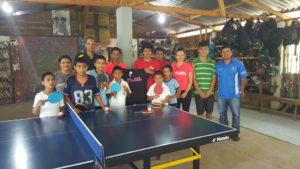 Along with material distribution, different phases have since been developed:  training camps, coach trainings, building of handmade tables and large scale campaigns for the promotion of table tennis in schools.

In October 2014, the association decided to change its social purpose by enlarging its scope worldwide.

The association is now as present as ever in Africa but it also leads actions on other continents.